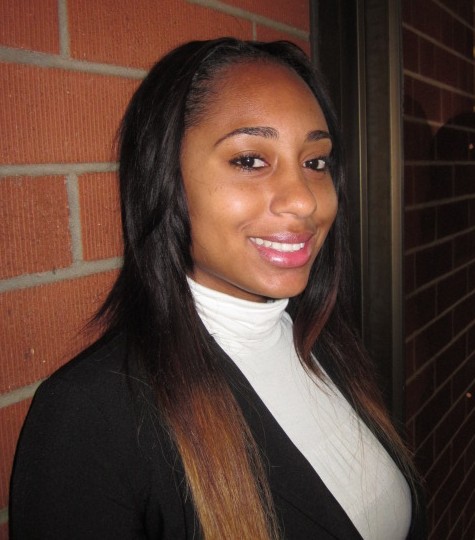 Tanisha is a Los Angeles native now in her first year at San Diego State University. She has been active in various community organizations including her church and SDSU’s African American Student Union. After graduation, she plans to pursue a career as a reporter and wants to make a difference in her community.

Ernesto is a student at Southwestern College where he has served as assistant news editor of The Sun newspaper and edited and designed Viewpoints, the publication’s opinion section. He said one of his favorite stories to work on was about a student athlete who faced deportation to Mexico, a country she had not lived in since she was 4 years old. After graduation, Ernesto hopes to transfer to California State University Chico or San Diego State, where he will continue his journalism studies.

Nik is a full-time student at Southwestern College who has a passion for music and video production. He has applied to San Diego State University and Cal State Long Beach and intends to major in journalism. Nik says he would one day like to tell stories like Soledad O’Brien in her “Black in America” series, detailing the many facets of African American life and business.

As an aspiring journalist, Samantha doesn’t shy away from a challenge. The Southwestern College student has covered a wide range of topics for The Sun newspaper, ranging from a profile of athlete overcoming injury and illness to the condition of the campus restrooms. Samantha has been recognized for her work by the San Diego Press Club and the Society of Professional Journalists.

Zion attends Lincoln High School where she is editor-in-chief of the school’s online publication, Voices of Lincoln. In 2010, she was a participant in the National Association of Black Journalists’  inaugural high school workshop and since then has been a repeated presence at the local chapters Pro for a Day events, both as a writer and a photographer. In her spare time, she writes a music blog. After graduation, Zion plans to attend a historically black college or university.

Alex comes from a creative family that encouraged his talent for writing. For three years, he has written a weekly column focusing on teen issues for the Valley Roadrunner newspaper. One of Alex’s articles won a Press Club award, making him the youngest recipient in the organization’s history. The Valley Center High School senior has served as Associated Student Body treasurer, was on the junior varsity and varsity track & field teams and was a member of the drama club.

Camille, a single mother and Lincoln High School graduate, has always harbored a love for writing. For years she has used her writing skills in service to her church as a member of the public relations & worship and arts teams at The City of Hope International at Faith Chapel in San Diego. She has also loaned her talents to the entertainment industry, working at award shows including Hip Hop Honors, The Espys, MTV Movie Awards and the Grammys.