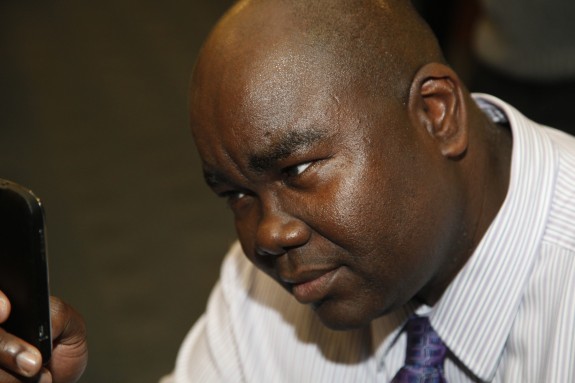 Jerry McCormick is the founding president of the San Diego Association of Black Journalists. McCormick is a 20-year veteran of the newspaper industry serving as a copy editor for most of his career having worked for newspapers in Cleveland, Ohio, Colorado Springs, Co, Columbia, S.C. and San Diego. In 2009, he began his career in broadcasting starting off as a writer and associate producer. In 2012 he was promoted to producer at KNSD, the NBC O&O in San Diego. then in 2014, he became an executive producer for a television station in Portland, Ore before moving back to San Diego in 2015. McCormick has served the National Association of Black Journalists in various capacities ranging from chapter president to editor and co-writer of the NABJ Stylebook to Regional Director to National Board Member. He currently works as a Senior Information Officer for the City of San Diego.