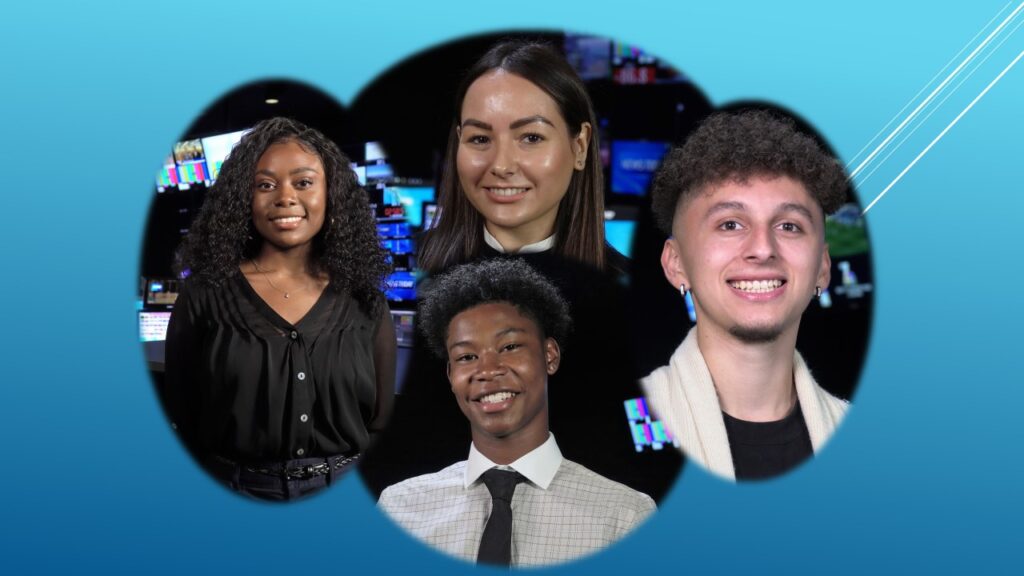 SDABJ is proud to present our 2019 scholarship recipients. We are confident these students are going to make the most of this opportunity as they get both financial and professional support to help them achieve their dreams of becoming journalists. Here is a brief in-their -own -words introduction. To meet these amazing students in person please join SDABJ on Friday May 31st at the Qualcomm Pac Center in the AZ Building. Get your tickets here today.

Kylen Dent is 17 years old originating from Atlanta, GA then migrating to his family’s roots in South-East San Diego. Kylen is currently a senior at Lincoln High School with a 4.5 GPA, over 600 hours of community service, and 69 college acceptances. He is also the Vice-President of The Blue Heart Foundation, an active non-profit organization in San Diego. Kylen was first introduced to journalism in his school with it’s various CTE courses offered: Photography, Multimedia Productions, and Broadcast Journalism. Since then Kylen has been featured on news stations such as KPBS and KUSI on several occasions highlighting different aspect of his high school career such as sports accolades like going to the State Championship in football,  community involvement across San Diego, and even a TedX Youth @ San Diego summit held at his school. As a result Kylen has gained knowledge and experience both in front and behind the camera.

I am D’jatarya Powell, your 19 year old prospective film major! I hope to illuminate stories that many may be blind to. I find film and journalism to be one of the most prominent forms of art. Through these two, people are allowed to perceive lifestyles from another’s perspective — potentially sparking enlightenment. I draw my inspiration from who I am— a young, Black woman who needs her voice heard and understood. Thus, speaking my truth reflects on the history of America as well as shines light on the possibilities for our future!

Alejandra Luna is a junior at San Diego State University where she is an editor in the Spanish section, Mundo Azteca of The Daily Aztec University newspaper. She has an associate degree in Film and Television Production and a certificate in broadcasting in radio and television. She is currently the secretary of the National Association of Hispanic Journalists SDSU chapter. She plans to be a reporter or producer for Telemundo. Her experience and struggles have allowed her to see firsthand the importance of journalism, and by pursuing a Bachelor’s degree in Spanish, she has chosen Journalism as a minor to be able to strengthen her bilingual background in the newsroom.

Hello My name is Jonathan Valencia, I am a sophomore at San Diego State University. I am studying Journalism media studies with an emphasis in journalism/public relations. I grew up in Downey, moved to a small city, Lake Elsinore, in the 3rd grade. I moved out to San Diego after high school to pursue my career in being a sports broadcaster. 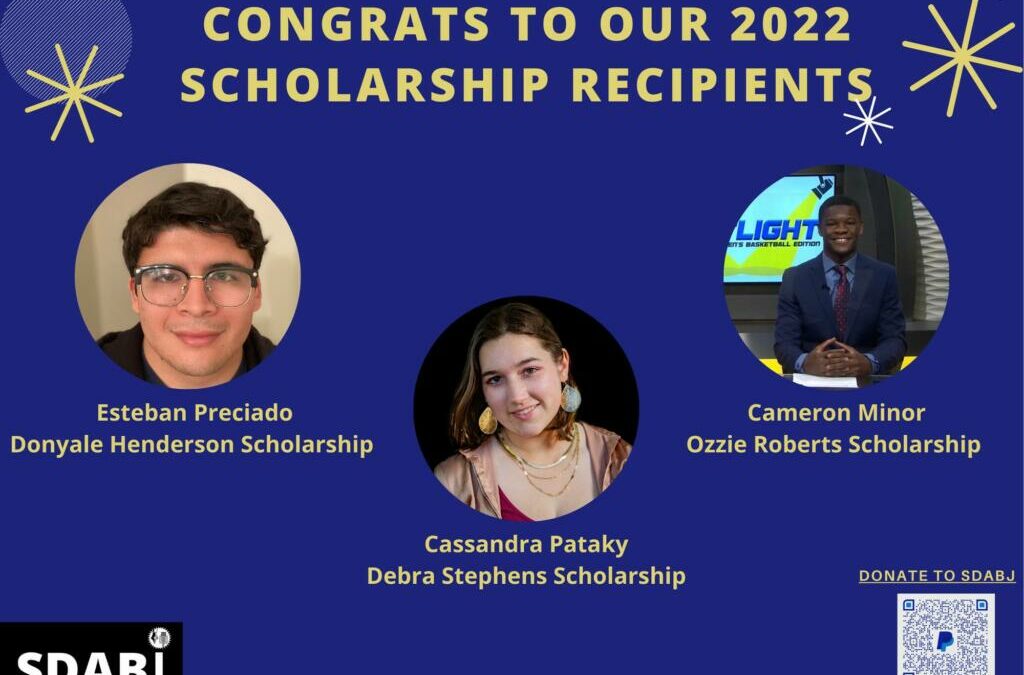 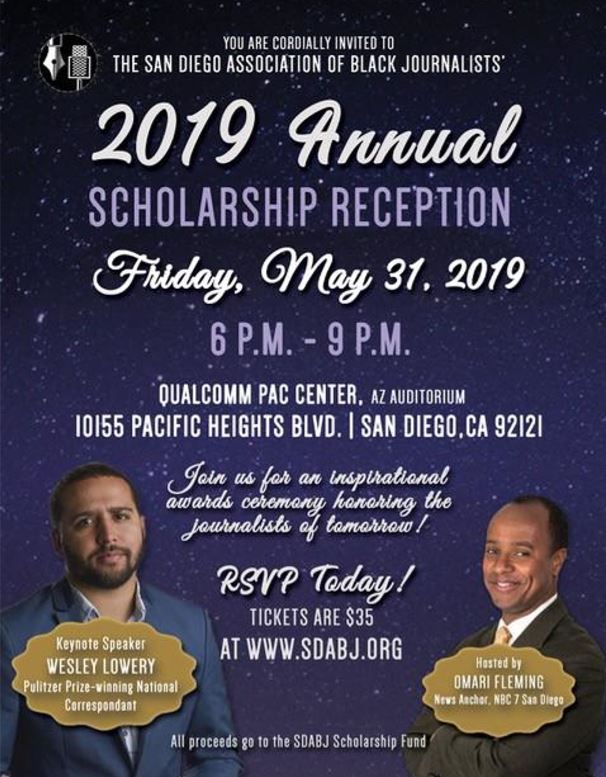 Get Tickets for the 2019 Scholarship Reception Today

Deadline to Apply for SDABJ Scholarship Extended to April 12

It is not too late to apply for the SDABJ scholarships!  Journalism majors with ties ...
By SDABJ Team
April 13, 2019 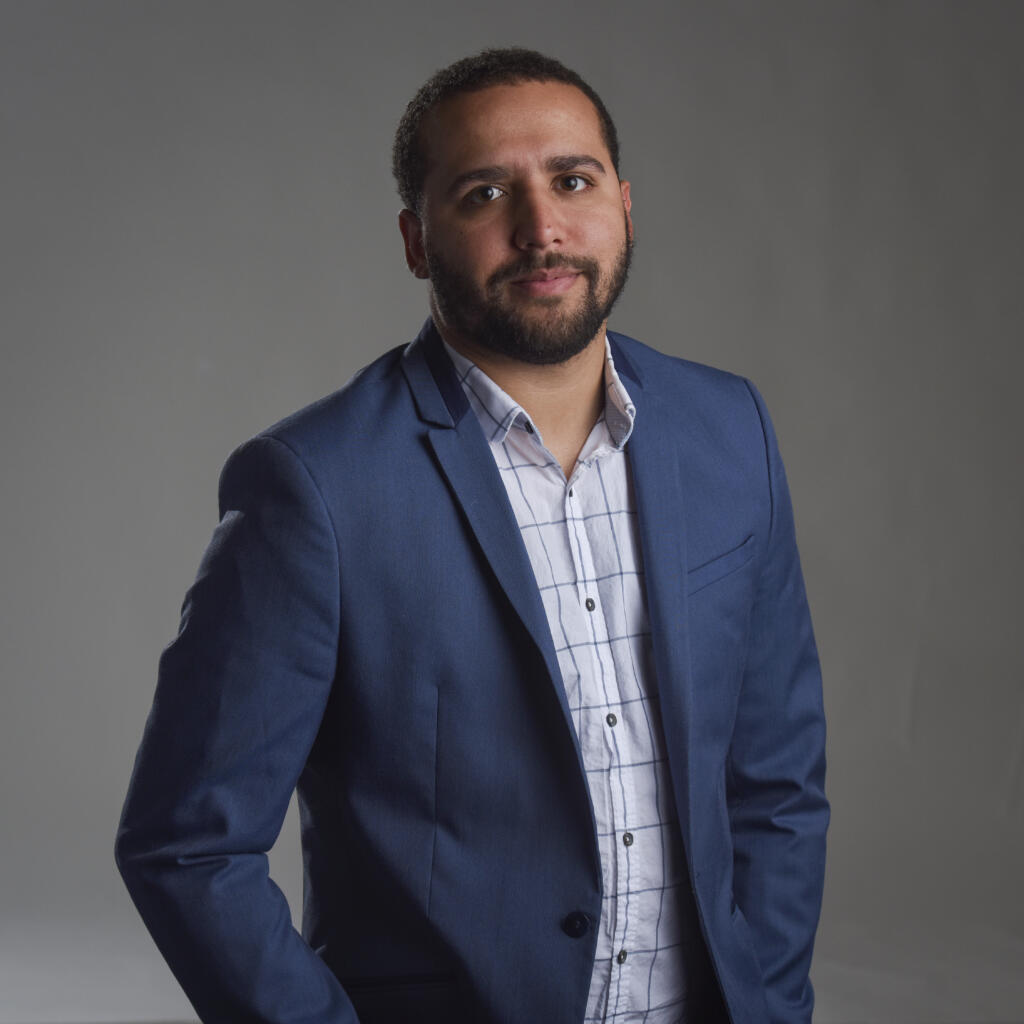 Wesley Lowery to be Keynote Speaker for 2019 Scholarship Reception